Last month, I read the first two volumes of this sh*tshow of a graphic novel: 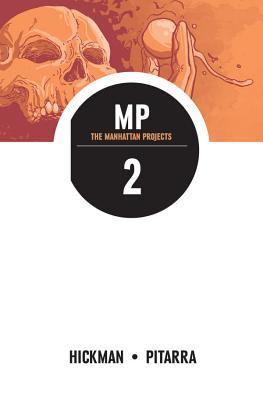 I had strong negative feelings about it. The basic premise: all of the manly men scientists involved with the Manhattan Project actually worked on a plethora of other fringe science experiments, while every single one of them wanted to rule the world in various distasteful ways. This book was woefully boring, laughably gross, and annoyingly violent (this coming from someone who likes Clive Barker and John Carpenter and plenty of movies and books to die for). I picked this up because it was my adult Graphic Novel Book Club’s choice for the month. And I’ve been in the club for about a year and we’ve read some really fab things and some not so fab things, but this one takes the cake (and smears it under its shoe just to watch your expression).

Only four of our group, including myself, of about 8-12 regulars showed up to that meeting… Various life reasons but just from asking around after, quite a few of them didn’t bother finishing the books in time for the meeting or afterwards. And, during the meeting, when I brought up, definitely the crux of what turned me off to this series right away – the utter lack of female characters – I got reactions along the same vein:

Now, I had a good time at that meeting. We had a great discussion about why the author went the route that he did, why he decided to f/// with history the way that he did and, ya know, ignore that there were several female scientists that worked on the Manhattan Project so it could have been equal opportunity  megalomania, and why sometimes it’s just fun to ignore the problematic because all the rest is entertaining.

I also felt extremely comfortable speaking my mind with these guys. Because it’s an environment that encourages open discourse and banter and exchanges like “Really, my dude?” “Yes! I don’t know what’s going on but sdlfjsldjfl you’re point is cool, too!” I can feel heard when I bring up an important point. I’m not afraid of getting shut down for having a differing opinion. I think we’ve all been around people **coughfatherscough** who absolutely quash engaging with new ideas and get extremely defensive and combative, instead of trying to understand another side. The three fellows and I left that meeting with different takeaways // still loving the book but seeing its problems // musing on if they’d bother continuing because oh dear sexism // absolutely hating it but happy that others listened and were like dang XD and all of our reactions were valid and had time to be heard and engaged with.

Have you ever discussed a “problematic” book with someone and how did it go? Do you have to feel comfortable with who you’re talking to to engage with them effectively? Have you ever read a book that others loved A LOT and you were like uhhhh but wait this is actually ??? Do you think there’s a right or best way to engage with someone who has vastly different opinions than you?

3 thoughts on “Crummy Graphic Novels, The Bechdel Test, and Me // A Discussion Post”